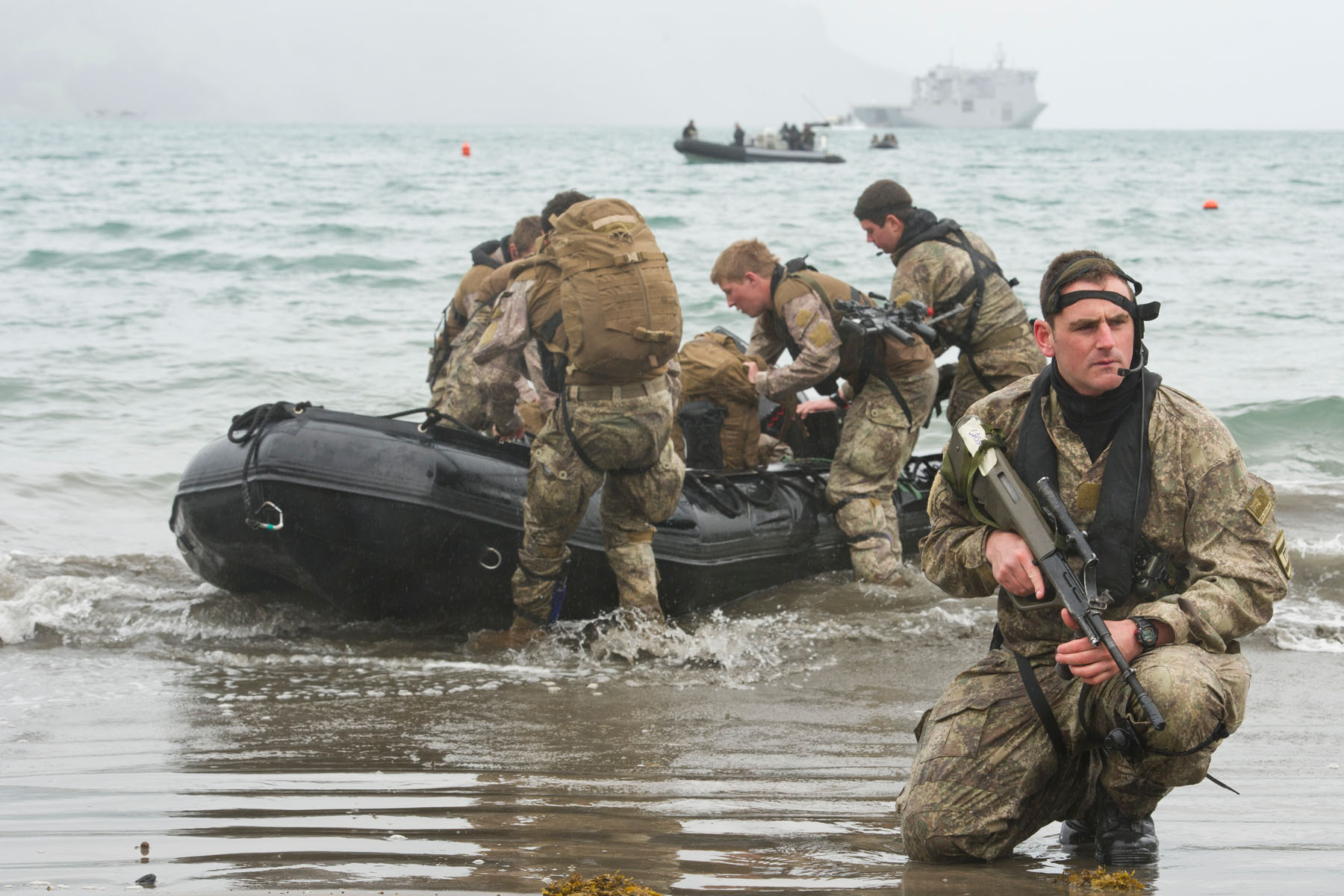 There can be no doubt that the NZ Army Reserve is rapidly shrinking at a time when other nations are not only growing theirs, but actively utilizing them.

In fact, a recent OIA(1) request states that as of June 2019, the Ready Reserve stood at just 1109 individuals.

This is contrary to our five eyes partners who have all invested significant resources in delivering sustainable and usable reserve forces.

This commitment and investment was clearly apparent in the unprecedented call up of several thousand reservists by the Australian Defence Forced to support the bushfire response, the British Army Reserve’s use of a wide range of reserve units to support the creation and sustainment of the various NHS Nightingale ‘field hospitals’ and the Canadian Army identifying specific, reserve only roles, increasing numbers and speeding up recruitment processes.(2)

For New Zealand, the problems of lack of clarity on outputs, reduced opportunities, limited days and a failure to recruit and retain are well documented and seemingly insurmountable.

So what can be done to halt this steady decline?

I propose that now is the time for radical thinking and moving away from a focus on the wasteful duplication of scarce resources. Now is the time to throw out what we do, discard being doctrinally pure and tailor the Army reserve to meet specific NZDF outputs.

The current reserve policy to round out rotation two and supply a third rotation would seem to display RAMSI-era level of thinking and not one that is actively looking towards the agreed future operating environment – namely a focus on the Pacific for the foreseeable future.

With the pivot to the Pacific, climate change (COVID-19 aside) remains the highest priority issue for most Pacific island nations. Transformational root and branch change of how we see the Army Reserve is now vital to support NZ Government policy and supply capabilities which reinforce our words around the Pacific Reset.

Now is the time to transition away from a duplication mind-set to supporting strategic NZDF outputs and niche skills.

We know that the Regular NZ Army can’t do everything all the time so why not let the Reserve shoulder some of the burden of specialist, seldom used but critical outputs permanently? This would be a step change in how the NZ Army views the Reserve, but the evidence would suggest that keeping doing what we are doing is unsustainable.

It is important to consider not only the strategic changes to how the Reserve could/will be used, but also societal changes which impact how the Army Reserve is viewed, and how we can successfully recruit, reward and retain committed and enthusiastic individuals.

How do we square the circle of an increasingly urban population? How do we engage with citizens who are time poor and need to quickly understand the ‘so what?’

As a priority we need:

The NZ Army needs to acknowledge that the role of the Army Reserve is that of a strategic force multiplier and focus on areas that support the entire NZDF, not just 1 (NZ) Brigade, and not even just the NZ Army.

In addition, it needs to leverage off regional areas of excellence and NZDF-wide resourcing and command so that it is clearly configured to support an expeditionary force.

This proposal for the future Army Reserve is based on wide-ranging informal research. For New Zealand the following have been assessed as the most cost effective and having the best effect. Areas worthy of exploring are as follows:

Force protection. An expeditionary force needs a secure base. Experience from the British Army Reserve demonstrates that it is an effective use of reservists. This could be HQ, APOD or SPOD. If the intent for the NZ Army is to deliver a force that it is expeditionary by design then supporting the ability to project and sustain force elements in the Pacific would seem to be a highly effective use of reservists.

Assault pioneers. Assault pioneers are ideally placed for New Zealand to enable infantry soldiers to support combat engineers on a HADR deployment. Equally these skills would be of immense value domestically in supporting civil defence and are transferable to the civilian jobs market. This has the secondary effect of improving the Army Reserve offer.

Support weapons. The current NZ Army has 15 separate weapons systems. Is there not the opportunity to hand over just one and make the Army Reserve its primary user/SME?

GS Medical support. Through the Deployable Health Organisation we have a Role 2 medical facility. But do we have the non-medical support trades to service it? The UK COVID-19 response has highlighted that in dealing with such a severe public health issue, all those Army Reserve specialist medical officers recruited at great expense quickly become unavailable as they are busy dealing with their day job. However, the Army Reserve can provide real value by delivering medical logistics, transport, supply, catering, administration, mortuary affairs, decontamination and mobile bath and laundry capabilities.

ISTAR.  Instead of training RNZA reservists to use weapons they will never deploy with or use, would it not be better to re-role them to support the Sense capability or even become the NZDF counter-RPAS SMEs?

CPER control. This is potentially a significant legal and institutional risk to the NZDF. The Army Reserve is ideally placed to manage CPER if there was a requirement. It would also be a valuable force multiplier in a coalition environment.

‘Shadow shadow’. For every HQDJIATF Regular Force shadow posting, why not add a second Army Reserve shadow post? This would double the size of the pool available to HQDJIATF and provide Army Reserve Officers with staff opportunities.

The main conceptual issue to address is that it is possible and viable to change roles without changing organisations. This discussion asks for no additional Army Reserve units, simply that the existing ones are retasked.

In addition the goal is not to make the Army Reserve hyper-specialised and unusable outside specific narrow parameters. For example, just because a rifleman in 3/6 RNZIR is a maritime and port protection SME doesn’t mean he or she can’t carry out other tasks if required. Adaptability and flexibility should be taken as read.

Undoubtedly, this proposal requires a cultural shift to empower reservists, using cadre and RF staff to support back office administration. The key is not extra resource but a commitment to mission command, empowering reservists to come up with solutions and looking at what NZDF resources can be utilized to achieve these effects.

For example, why not kick start the reorganisation by utilizing our bilateral exchanges? For EX LONGLOOK ask for individuals with previous experience as Permanent Staff Instructors with British Army Reserve units and embed them accordingly.

It would be relatively easy to identify why these proposals would not work, but they are here purely to engender discussion and demonstrate possibilities.

An excellent example the inherent potential of the Army Reserve to be highly adaptable is the British Army Yeomanry.

Over the course of their existence British Army yeomanry units have been utilized as:

As a small reserve of a small army of a small nation we need to actively leverage off population centres, regional strengths and centres of excellence whilst synchronised and in some cases giving OPCOM over completely to other services.

From the North of the country down the following is proposed for discussion.

The Army Reserve has the potential to significantly enhance the outputs of the NZDF if it is able to be radically remodelled and utilized as a strategic asset in an agile and novel way to support all of NZDF.

Instead of thinking about what is convenient for the Regular Force to manage, we need to think about what is critical for the NZDF to be able to deliver on its commitment to the NZ Government.

We need to utilize our core values, having the courage to radically rethink the Army Reserve, safe in the knowledge that Reservists have the commitment to rise to the challenge that climate change will inevitably send our way.

If we embrace change, be radical and look to the future then we have the opportunity to provide a fully integrated and joint reserve force for New Zealand.