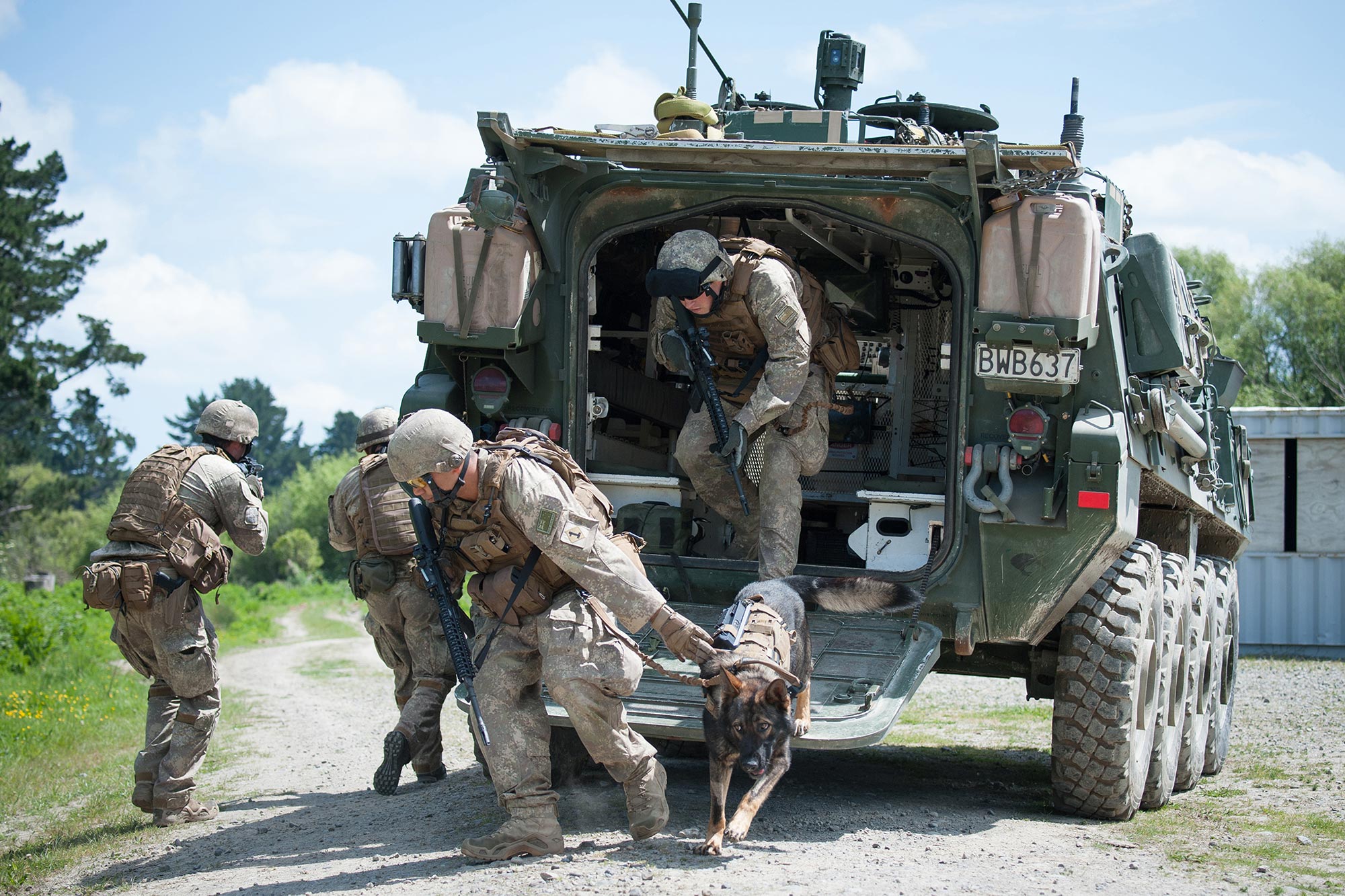 Primacy of Moral and Conceptual Components

To paraphrase Clausewitz[1], war is a triumvirate of Moral, Physical and Conceptual components. From a State point of view this is: the will of a people to fight, the physical equipment to prosecute the fight, and the knowledge and doctrine to fight. I will argue that by investing heavily in the Moral and Conceptual areas, New Zealand’s relatively small size in the Physical component is insignificant. While a larger ally may be able to purchase more materiel, they can’t buy willpower, knowledge or mana. As General Mattis wrote “…not all good ideas come from the nation with the most aircraft carriers”[2].

This essay will seek to answer the question “Why do I want New Zealand as a partner in my coalition?” in order to illustrate the New Zealand Army’s current strengths, then take those forward to suggest opportunities that come from those strengths.

Firstly, support from another demonstrably liberal democracy reinforces the notion that the cause is ‘right’, this can increase the likelihood of support at home, but also improve the morale and mental resilience of troops.

A contemporary example illustrating the point is the British involvement in Desert Storm 2, where the public reacted extremely negatively to the discovery that there were no weapons of mass destruction held by the Saddam regime, leaving personnel without a moral base of support at home.

Then British Chief of the Defence Staff, Sir Michael Walker said of the revelation “We are, if you like, guilty by association with a decision to go to war that not the whole of this country enjoined”[3].

In this connected age of social media, soldiers are exposed directly to highly polarised opinions of their actions – visible in the wide range of comments made on Army social media posts. This ensures that rather than just a lack of support, they will now be exposed to directed criticism.

The effect of this support, or lack thereof, can be a critical influence on the mental resilience of soldiers. To quote Clausewitz again, war is a battle of wills. Unless troops are focussed and determined, any advantage from superior equipment can be negated.

To use this as an advantage, New Zealand should continue to look outside its ‘back yard’ in the Pacific and engage vocally on the international stage. Involvement in causes considered ‘just’ lends support to the other coalition nations much greater than the sum of troops committed. In the fake-news and disinformation era it is easier for everyone to have a voice, clear support from a credible source delivered in person contrast well with ill-informed tweets or similar.

At home and particularly within the services this can be amplified by using relatable service personnel as mouthpieces. While a Colonel or General may, to military eyes, lend credibility, the reality is that a ‘tactical corporal’ more in touch with modern audiences, delivering a message in clear English would be much more relatable and credible.

Secondly, as a nation with a unique mix of cultures and an Army that reflects this in its core values, NZ is placed to offer unique insights into the expeditionary environments that coalition operations often take place in.

Our soldiers reflect the values of the society they come from, through anything from specific knowledge of customs to a wider awareness of the existence of different values. This means that in quickly evolving situations that rely on instinct, our troops are more likely to be aware of different perceptions, and naturally interact more effectively.

In counter-insurgency operations, the people are often considered the Vital Ground, or the Enemy’s Centre of Gravity. This means that earning respect, interacting effectively and understanding behaviour is vitally important. An Army that instinctively picks up on these traits from the most junior soldier is extremely valuable.

In this case the message is ‘sustain’. Continue to draw strength from our multicultural background and reach out through recruiting, advertising and training exercises with Pacific nations. This way, operating in a multicultural environment will be the norm for our troops, rather than something that must be actively learnt.

Lastly, every Army is shaped by its environment. New Zealand’s setting in an island based sphere of influence leads to second order effects such as the need for amphibious deployability, and an emphasis on light, expeditionary troops.

New Zealand’s desire to be active in the Pacific region has led to the need to be able to deploy independently, and size constraints have been overcome with emphasis on joint operations to avoid duplication.

Future Land Operating Concept 2035 states “…amphibious operations may be essential for the projection of land forces into a theatre”. This spans the spectrum of potential operations, from all out combat requiring amphibious assault to Humanitarian Assistance and Disaster Relief requiring humanitarian missions to land stores and equipment on unprepared beaches.

To add value to larger military partners, doctrine should be developed to allow this expertise to be shared. Learning from other countries should not turn into learned helplessness – copying ABCANZ doctrine should be replaced with a drive to develop and export our own hard-won lessons.

Professional coursing for Officers in the New Zealand Army requires reading several other nations’ doctrine publications, brought together in an unofficial guide from the Tactical School. Wider awareness is useful, as is the drawing of natural conclusions by Tactical School instructors. The next logical step is to formalise this way of thinking into formally adopted doctrine.

In conclusion, focussing upon size rather than capability and expertise tells a false story.

New Zealand is a valuable partner because capabilities developed far outweigh basic numbers; contributions to the mana and skill set of a coalition are more valuable and harder for the primary partner to replicate.

To leverage these advantages, effort in developing the Moral and Conceptual spheres will provide exponentially greater benefits than adding mass.