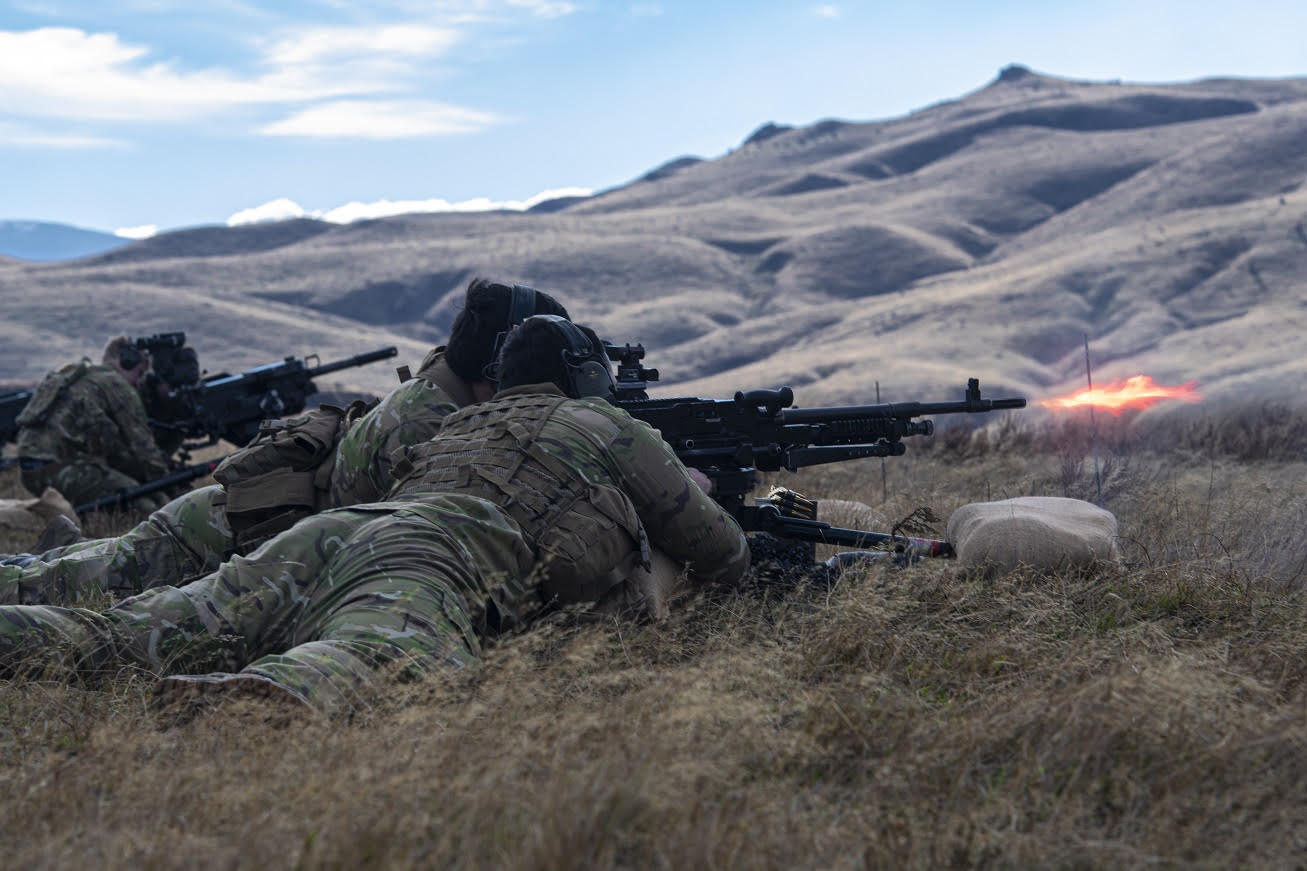 COVID-19 has proven to be the long awaited ‘big one’, a global pandemic that was capable of bringing societies and nations to their knees. In the mist of NZDF’s enduring support to OP PROTECT, some real opportunities have arisen as we regenerate into the light, modern, agile force of the future. This article will highlight the training gaps that need to be confronted in order to achieve the directed operating concepts of a modern force. Particularly, training the basics and the restrictions around purpose built ranges, combat mind-set, a modern remote and unclassified learning platform and commander decision making.

NZCTC provides a series of shooting packages prior to deployment as part of OLOC training and skill gap closure. However, how can we expect to achieve success on operations if we are teaching people the basic principles of shooting on pre-deployment training? Across units there is inconsistency with the effectiveness of shooting and range training due to varying levels of instructional knowledge, and this directly limits the standard of shooting in the NZ Army.  In addition, there is also no set pathway of shooting for soldiers as they progress through ab inito training, trade and OLOC. There is a currently a void for a shooting syllabus, a unit responsible for the training management plan, and a standardised way to teach the shooting basics. There are a number of units that are currently developing their own shooting packages to suit their role, these are however, in conflict with each other. It is suggested that Combat School, in conjunction with other stakeholders such as S7 TRADOC (NZ) create a shooting syllabus that starts at ab initio training and finishes with OLOC shooting standards. As all corps soldiers we should all be trained to a level where we understand the pre and post engagement sequence, know how to employ all corps weapon systems, and achieve a quantitative action or reaction.

In addition to shooting and the instruction of shooting, NZDF has outdated purpose built ranges. If the syllabus reflects the modern battle space then it too should reflect all range infrastructure. In line with most range standing orders you are unable to point a weapon into the high-port, this impacts upon our soldiers training as they would fight. A gold plated solution for the modernisation of range infrastructure would see the integration of electronic gallery ranges. This would significantly decrease the man-power needed to run manual ranges, as it currently requires two thirds of a platoon to run the butts for ten shooters. The integration of electronic ranges would also allow the people who would once be in the butts to now conduct other tasks such as marksmanship revision or medical training.

“The failure of a solider to fire when presented with a threat, in a life or death situation is a result of paralysis which comes from varying fears.” Combat mind-set is the prewired cognitive tools that exerts control over our micro-manoeuvres imperative for achieving success. In lieu of generating combat behaviours whilst on operations we need to teach combat mind-set from the ab initio stage and continually through one’s career, with the outcome of a ‘pre-combat veteran’. In addition to the work being done by NZDF psychology, an improve would see the implementation of an all-corps continuum that sets out to develop the holistic view of combat mind-set. This all corps continuum would assist with unit training design that supported combat mid-set training.

Furthermore, the development of a progressive combat mind-set training model from BLOC through to OLOC. An example of combat mind-set taught as a combat behaviour is the ‘post engagement sequence’, that should be known by every soldier. This sequence reduces the psychological induced hearing loss and tunnel vision. It trains the solider not to become focused on the threat, but address the three specific movements post engagement; scan for subsequent threats, check the weapon system for functionality, and perform a head-check to ensure their battle buddy is okay. This is an example of what on the job training could look at BLOC, and even refined and speed up to achieve DLOC. In addition, the model would reflect what could be achieved by units, and what training and instruction needed to outsourced to achieve certain DLOC standards or OLOC. Teaching combat mind-set and the combat behaviours linked with basic all corps skills is essential for all training; there must be a coherent theme throughout a soldiers training. Combat mind-set underpins a modern force that is well trained, agile and flexible in a complex operational setting. As we regenerate the need for an inclusive combat mind-set syllabus and sponsor is imperative in meeting our strategic goals.

If there is one thing that COVID-19 and NZDF’s response has reinforced, that is the ability to learn remotely. As the NZ Army generates an NEA capability we also need to improve our non-operational NEA platform to teach, evaluate, learn and administrate soldiers here in New Zealand. During OP PROTECT soldiers have their individual trade and rank progression impacted by inherent training and resource pressures. In the current day, you can complete an entire undergraduate and postgraduate degree from the comfort of your room without attending one face to face lecture. With a clear start state and an evolving education system that is becoming more and more remote, we need to develop our teaching of BAU and contingencies for such an event. With that said, the awareness of the current TRADOC sponsored learning portal, camp wireless connectivity and requisition of electronic devices needs to be improved. The online portal or application would act as a user friendly unclassified learning management system. The medium would feature unit led online classes, assessments, scenario based training, and a library of all corps skills that could be accessed in the event of command redundancies or resourcing shortages. This not only allows the units to have significantly greater freedoms during BAU periods, but also the ability to achieve the theory portion of all army coursing in one’s home location. This will future proof the content we teach and learn, but it will also act as a contingency to the mastery of basic skills in the event protection constraints are placed on the force.

Complex training provides significant learning experiences for junior soldier as well as their commanders during directed training blocks. A sustain is the directed training of soldier and commander decision making. The Commanding Officer 2/1RNZIR’s training vision directly reflects the current operational climate, which is training decision making in our junior commanders. From experience I have seen the exponential development of commanders at the lead teams level, from conducting complex decision based tasks over a three week period. A key part of resourcing this type of training was the employment of Virtus group role players, who added an additional angle of realism and complexity. The continuation of sub-unit training aimed at developing commander decision making is imperative to that of a modern fighting force.

In conclusion, the NZ Army’s support to OP PROTECT acts as a definitive line in the sand to plan, improve, fix and sustain the current training gaps. This article has a recurring theme of mastering the basics. This legacy theme is something that our army does achieve to some extent, by way of our cultures and traditions that have been inherited. We are however, neglecting the need to address what these all corps basic skills are. There needs to be improvement around modernising our learning platforms and range infrastructure so our training and instruction reflects the modern age, and the development of an all corps continuum on combat mind-set to enhance ‘the Ngati Tumatuenga Warrior’. It is imperative that our people continually master the basic skills required of them, not only to ensure our safety in training and on operations, but also the achievement of our future strategic milestones.