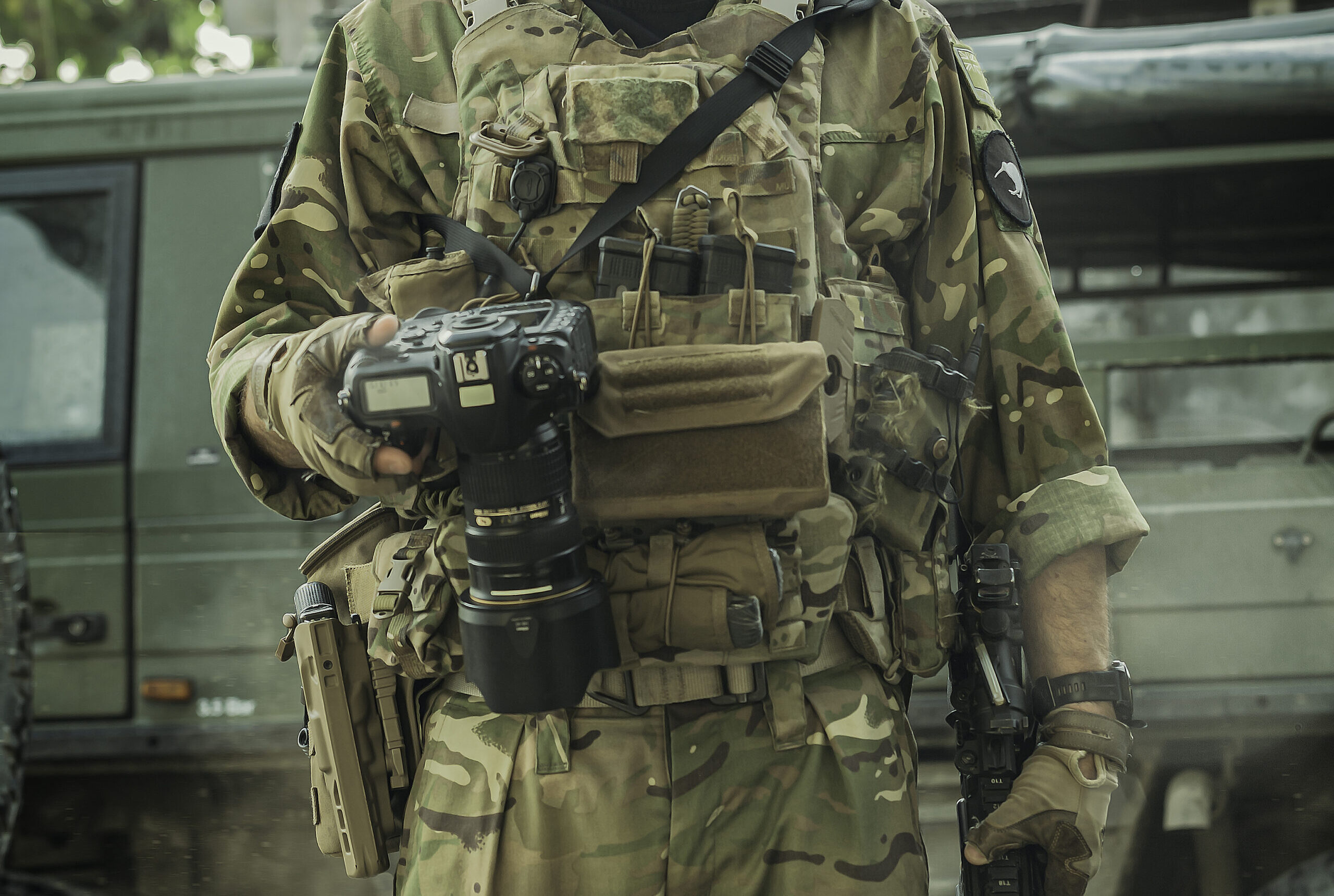 By Mr A. Mitchell

The pen is mightier than the sword.[1]

The internet is a battlefield. LikeWar: The Weaponization of Social Media, concludes not only that the internet is a battlefield, but also that we are all a part of ‘the battle’ given that war and politics are intertwined.[2] The authors of LikeWar are not concerned about the technological ‘cyberwarfare’ opportunities and risks of the internet. Instead, they are concerned with the contest of information, opinions, attitudes, and beliefs on the internet ‘battlefield’. While the internet, and in particular social media, has revolutionised influencing and being influenced, other media including websites, web-based news pages and applications, television, radio and print, remain important conduits for public information, central in this contest of information.[3]

It is therefore striking that the NZ Army does not maintain a capability dedicated to public information activities. This contrasts starkly with many NZ Army counterparts,[4] and a current strategic environment in which New Zealand defence policy describes ‘influence via social media activities’ as a risk to New Zealand.[5] Of the information warfare capabilities that the NZ Army requires, the largest gap and greatest opportunity is military public affairs: the planning and execution of public information activities.

There is a clear need for public affairs, justified by the importance of social licence and the growing importance of influence through the information environment. Public affairs presents an opportunity to address this need, with a low-cost, high-utility capability that can directly support Army, NZDF and national objectives.

Social licence provided by gaining and maintaining trust and confidence has long been important to military organisations. Rising public expectations of transparency and a growing proliferation of disinformation and misinformation[6] have intensified the need for militaries to have the expertise, capacity and agility to actively engage in public discourse. They have also increased the risks of not doing so.[7] The Report of the Expert Review Group (following the Operation Burnham inquiry) considered the ‘importance of social licence’ to be the first of three overarching themes cutting across their findings, stating “social licence gives the NZDF permission to operate and is contingent on establishing and maintaining the trust and confidence of Ministers, Parliament and, by extension, the New Zealand public.”[8]

While some may see social licence as an NZDF or Army organisational issue, rather than a concern for operations or warfare, that would be a mistake. The ability to maintain trust and confidence in military operations can have a direct impact on success or failure. This has been evidenced by numerous well-known examples ranging from the Tet Offensive’s effect on US operations in Vietnam; to the failings of the first battle of Fallujah, Iraq in 2004; to the success of ISIL in the capture of Mosul, Iraq in 2014; even to the fall of Kabul to the Taliban this year. In each of these circumstances public information materially affected operational outcomes. For the NZ Army, the recent example of the discourse on activities, successes and failures in Afghanistan, has had, and will likely continue to have, an impact on NZDF operational freedoms and constraints.[9]

To achieve NZ Army aspirations to be modern, agile and highly adaptive,[10] it must maximise its ability to influence identified audiences and contribute to public discourse on operational matters, given the impact public information can have on operational outcomes. NZDF stabilisation operations doctrine provides a detailed explanation of the importance of influence stating “all stabilisation activity should be planned, executed and assessed in terms of… influence”.[11] Public affairs provides a capability that can reach, and therefore influence, the broadest audience of any capability that an operational commander may be assigned. Looking to the future, the impact of the information environment will almost certainly continue to grow.[12] The overlap between operational effectiveness and organisational trust and confidence is substantial and the risks of losing social licence or losing a contest of ‘the narrative’, can present tangible risks to both operational and organisational success.[13]

The skills required to establish a military public affairs capability can be simply described as expertise in utilising words and images to achieve public information objectives. Public Affairs Officers (PAOs) provide skills and expertise in planning and synchronising public affairs effects. This role typically includes advising commanders, developing public affairs plans, commanding public affairs personnel and facilitating media interaction. Writing is a public affairs skill set that can be provided either by suitably experienced PAOs or by dedicated writers.  This skill set requires an understanding of how words will be interpreted by various audiences, including media organisations and journalists. Imagery capture and editing aligns to the professions of photography for still images and videography for video images. Each imagery type has distinct and complementary utility in conveying information.[17] The importance of imagery cannot be understated, as recognised by NZDF doctrine, which describes imagery as “the most powerful tool” for gaining and holding an audience’s attention.[18] Finally, communications expertise in digital mediums, including both websites and social media, is increasingly developing as a distinct profession from generalist communications professionals. This is a result of the deep expertise required to understand how to maximise effectiveness on the many digital platforms that now exist given their rapidly evolving algorithms, evolving digital communications regulations, and advances in digital media monitoring.[19]

NZDF has centralised public affairs resources within Defence Public Affairs (DPA). The NZ Army therefore has no public affairs staff of its own. The enduring NZ Army personnel contribution to DPA comprises of a single officer in the role of a PAO.[20] It simply couldn’t be smaller, and even when considered as part of a NZDF pool of resources there is almost no redundancy in the PAO skill set and an enduring tension exists between supporting organisational public affairs issues and operational deployment of ‘the’ PAO, when the need arises.[21]

For the skill sets of writing, videography and digital communications, DPA is almost totally reliant on civilian staff. The NZ Army is therefore also reliant on those civilian staff when it requires public affairs support for operations. An advantage of a civilian workforce is it provides the opportunity to recruit skilled specialists from their professions. However, compared with military personnel, civilian staff are more difficult to deploy, particularly at short notice, for longer duration and in more austere conditions (although not for lack of willingness). In the DPA digital team, significant staff shortages limit capacity for social media content creation with capacity for social media monitoring being particularly limited. For photography, DPA (and consequently NZDF) are fortunate that the RNZAF has maintained its photography trade. It is however one of smallest trades in the NZDF and due to its size and trade model there are only limited opportunities to develop experience and skills in operating in the land environment. In summary, the deployable military public affairs capability of the NZDF relies on the smallest possible pool of PAOs, the critically small trade of RNZAF photographers, and the willingness of civilian staff to deploy (and of the NZDF to deploy them).[22]

While the need described here is clear, and the current gap could not be much greater, the resources required to bridge the gap are not substantial. The cost of the establishment of a credible NZ Army military public affairs capability is not great and the benefits of that investment would be significant. Military public affairs is a personnel-centric capability requiring minimal equipment. If the supported force provides the communications connectivity then only laptops, phones and camera equipment are required. This requires minimal financial investment which can enable establishment of the capability even if funding is constrained. This minimal equipment characteristic is not only low-cost, but also enables rapid deployment of public affairs staff. Staff can deploy on transport of just about any type and there is a minimal burden to manage security requirements compared with other information warfare capabilities. The characteristics of off-the-shelf equipment also make public affairs a capability that can readily be provided as a contribution to a multi-national operation; with minimal technical, logistics or security interoperability issues to manage. 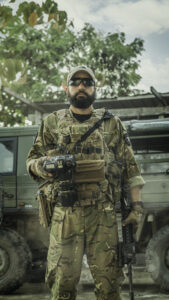 The reach that can be achieved for an investment in public affairs is significant. It has been estimated that the images captured by a single photographer deployed on Operation Kōkako (recent Kabul, Afghanistan evacuation operations) were seen by millions of New Zealanders, materially contributing to ‘telling the story’ of NZDF’s efforts and consequently public understanding of that operation. The reach and effect of a robust military public affairs capability could substantially enhance that, with the versatility to support a much wider range of operational activity than is currently possible.

Military public affairs directly supports Army, NZDF and national objectives. It has utility across the full spectrum of military operations, and can readily assist other agencies and partners’ objectives on multi-agency or coalition activities. New Zealand contributions to international activities are often smaller than its counterparts, and public affairs can ensure what New Zealand is doing and why is well understood, giving greater voice to NZ Army actions. Compared to other information warfare capabilities, public affairs is a relatively ‘safe’ investment that is clearly compatible with national values. It is also an ideal capability to trial the establishment of much needed policies and processes for synchronising information effects.

Taking The Opportunity To Meet The Need

The idea that the pen is mightier than the sword probably needs modernising to something like ‘the meme is mightier than the main battle tank’. However the concept that ideas and information can be more powerful than physical force endures. How the NZ Army develops information warfare capabilities to optimise itself for the future is a timely and important question. Military public affairs is the largest gap and greatest opportunity for the NZ Army to gain a substantial uplift in capability, against a pressing need, for minimal cost, with a clear alignment to national values. For an Army that aspires to be modern, agile and highly adaptive, it is essential.

As a personnel-centric capability, rapidly deployable to the widest range of circumstances, military public affairs offers value and utility. Being able to substantially improve the NZ Army’s ability to influence, contribute to public discourse, refute misinformation and maintain social licence is going to have greater consequences on operational effectiveness as the importance of the information environment grows. Building a capability takes time, even one as small and agile as this. Now is the time to seize the opportunity offered by creating a credible NZ Army military public affairs capability.

[1] From the play Cardinal Richelieu by Edward Bulwer-Lytton.

[3] NZDF commissioned public perception surveys typically find that triple the number of respondents most recently heard about the NZDF through traditional media compared to social media.

[9] Report of the Government Inquiry in Operation Burnham and related matters, July 2020.

[20] Noting that other resources (civilian staff and operating funding) that were previously NZ Army’s have been transferred to NZDF/DPA.

[21] Recent deployments range from the Cyclone Winston response to support to Operation Protect as well as deployment on major exercises such as Talisman Sabre and Southern Katipo. For Operation Kōkako, the senior DPA photographer deployed was ‘double-hatted’ as the PAO which was successful but was a compromise compared the public affairs outcomes that could have been achieved if a PAO had been able to deploy.