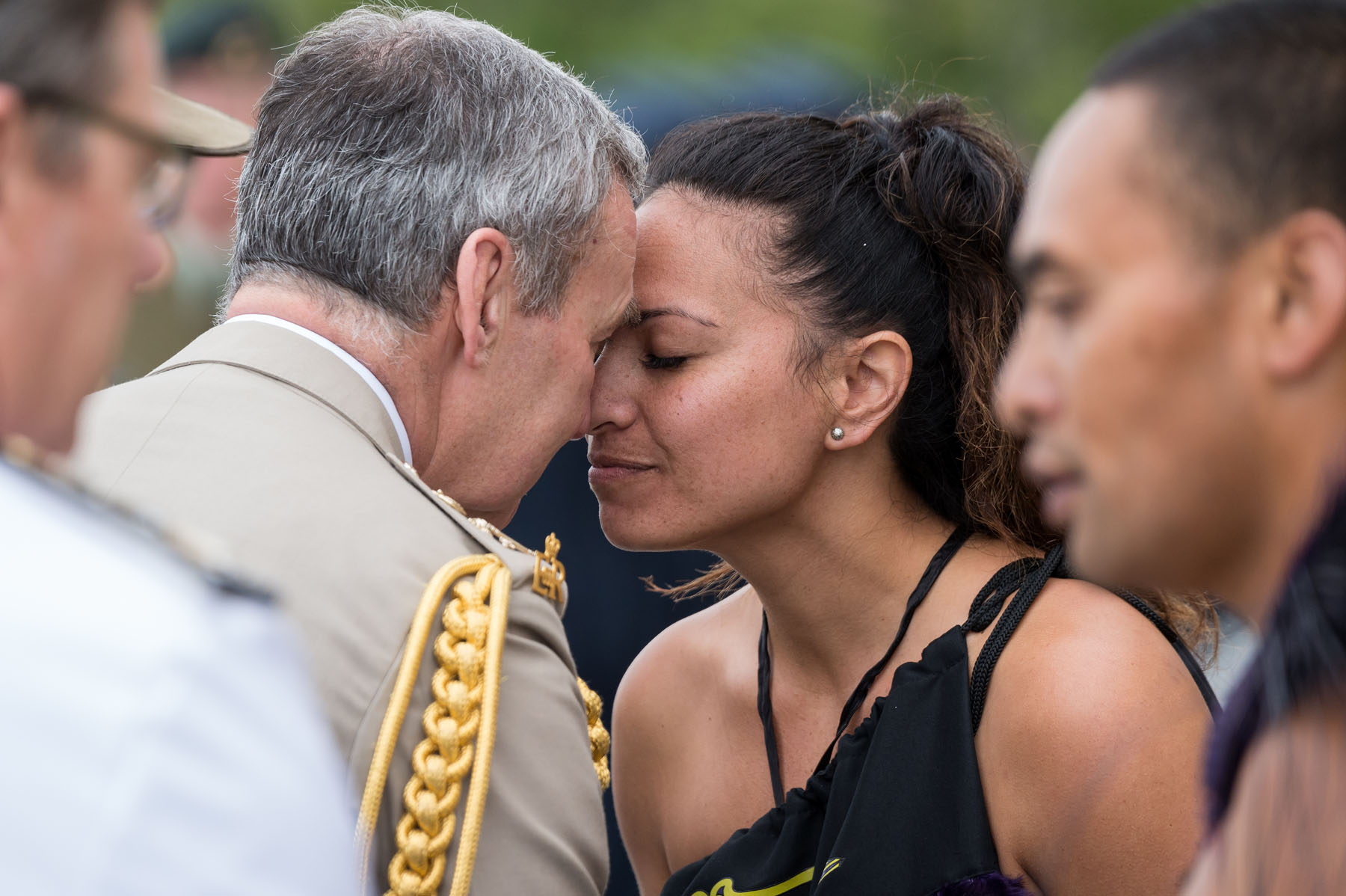 ‘The modern New Zealand soldier is a mixture of cultures and backgrounds. The two great warrior cultures of the Māori and British dominate the mix and have created a truly unique soldier.’ – The Way of the New Zealand Warrior, New Zealand Army[1].

This definition of the modern New Zealand soldier introduces new soldiers to the ethos and values we live by. Here, New Zealand’s unique cultural history is recognised as the backbone of our Army, where the benefits of diversity creates a world-class army with mana.

Our ethos, values and culture are what unifies us as Ngāti Tūmatauenga and allows us to operate in the most challenging environments. The Army’s warrior ethos is ‘serving New Zealand loyally and honourably.’ Loyalty is defined as the commitment to complete tasks to the most demanding standards and selflessness to put others before yourself. Honour is reflected through our values and high standards which we must uphold to respect our history and reputation. While a war-fighting culture doesn’t have an official definition, it is the mental toughness and drive which is instilled in all soldiers to endure extreme hardship and win, no matter the circumstance.

Diversity and inclusion, while old in concept, are popular buzzwords in today’s corporate environment. Diversity is simply the state of being different, whether that is culturally, ethnically, or through gender, age, religion, education, socio-economic background or other factors. A diverse workplace is one where a wide range of people are represented at all levels. While diversity is relatively easy to force on an organisation through policy and focused recruitment drives, inclusivity is the key which makes us more effective. It is a culture where everyone’s input and background is valued, and is cultivated through a sense of respect and belonging within an organisation.

The Diversity and Inclusion ‘Ultimatum’

The army has a strong internal culture that some may perceive is at risk with increasing diversity and inclusion. At its most basic, the soldier’s job is to conform and follow orders, and bringing people in who think and do things differently may feel like a threat to cohesion and order. Beyond that, we have history and tradition passed down from people who have gone before, which is now being questioned. It may seem like we have to be ‘softer’ and lower our standards to let new groups of people into our fold, which is threatening our warrior ethos and war-fighting culture. But is this truly the case? Or are we just re-hashing the same misplaced fears that were held when we welcomed Māori, women, and LGBTTI+? These were all moves to increase the diversity in our military and required significant upheaval in the way we did things. Did we lose our strategic focus when we embraced the tactically innovative Māori warrior? Did our physical toughness diminish when we opened doors to more adaptable and diplomatic women? I would argue our warrior ethos and war-fighting culture improved as we adapted to the modern operating environment, allowing us to better respond to today’s war.

Global research and advisory firm Gartner[2] identified diversity as a key element in any high performance team. Beyond visible diversity, Gartner identified cognitive diversity, ‘mixing people together with different thinking styles, habits, and perspectives’, as a cornerstone to success. Having a diverse team at the decision making level prevents teams falling into the trap of ‘groupthink’, and allows for innovative and well thought out solutions to difficult problems. At the tactical level, diverse teams can better adapt to changing situations and engage with different groups of people around them. In order to capitalize on these benefits, diversity is utilized through a focus on inclusivity. People only share their different ideas and experiences if they feel their input is valued. This is why the concepts of diversity and inclusion need to be considered together, as you can’t reap the true benefits of one without the other.

Examples of both diversity and inclusion improving battlefield performance come up throughout modern history. Jason Lyall’s research into armies from the late 17th century to mid-2000s found that inequality in the military significantly decreased battlefield performance and led to operational failure. He concluded ‘successful armies are inclusive; unsuccessful ones largely die by their own hands, wracked by the poison of inequality that kills them, sometimes slowly, sometimes quickly, from the inside out[3].’ Therefore, if we don’t foster inclusivity in the army, but continue to push to meet our diversity goals, we risk letting fear and contempt run through our ranks and diminish our capability on the battlefield. A first step would be to not ask questions such as the one which prompted this essay, which presents anyone who is different to the traditional soldier as a threat to our warrior ethos and a weak link in war. Instead, we should be asking ‘how can the NZ Army enhance its warrior ethos and war fighting culture through a more diverse and inclusive workforce?’ An inclusive culture allows us to see opportunity in all soldiers in all situations, building loyalty amongst troops and allows us to be the best in increasingly difficult circumstances.

A general focus on diversity and inclusion is not enough if we want to be our best. We also need to ensure that our structures are not our downfall. Just as Lyall found that removing structural barriers to minority groups greatly improves military performance; Major General, Anthony Birks’ request for the establishment of Ngāti Tūmatauenga to recognise the significant contribution of the 28th Māori Battalion removed the structural barrier to better integrate Māori culture and practices into the wider New Zealand Army. We need to learn from this and continue to strive for greater diversity and inclusion as a strategy to meet our vision of being ‘a world-class army with mana’.

Another structural feature is that we often suffer from ‘silo-ed’ units and a hierarchy that prevents cooperation. It’s not enough to have a wide variety of people from different backgrounds around the table, we also need them to come from different teams. An example of this comes from the US Joint Special Operations Command (JSOC) taskforce during the Iraq War, where now retired Army Gen. Stanley McChrystal identified a lack of cognitive diversity and inclusivity within his taskforce. He explained that despite the diverse individuals and units under his command, the strong identities of the Navy SEALs, Army Special Forces, and other elite groups meant they were unable to effectively integrate and collaborate efforts. In order to break down these internal silos and diversify his staff, he upgraded the importance of liaison officer positions, thus incentivising exchanges across different units. This gave individuals exposure to new ways of solving problems and a broader understanding of their operating environment, which they then took back into their teams. This built a taskforce which could utilise the benefits of the JSOC’s huge resource pool while maintaining the agility of a small team – a flatter hierarchical structure, faster to communicate, and more flexible than ever[4]. If we want to remain a credible opponent in the modern battlespace, we too must embrace diversity through an inclusive culture to become an agile, highly adaptive combat force.

Historically, the hierarchical and structured culture of militaries has closed them off to change, viewing diversity and inclusion as problems needing to be solved or corporate requirements imposed by an increasingly ‘PC’ environment. But these concepts are not new, and we have unconsciously capitalised on their benefits throughout history. Growing diversity introduces new and innovative ways of dealing with problems, and allows teams to better react to changing situations. An inclusive culture allows teams to capitalise on their diversity by encouraging these solutions to be brought forward. A diverse and inclusive army is a changing army, but historical evidence shows we should embrace these changes as they can only bring benefits, and will enhance our operational success.  The modern New Zealand Soldier is diverse and inclusive, and a stronger warrior for it.