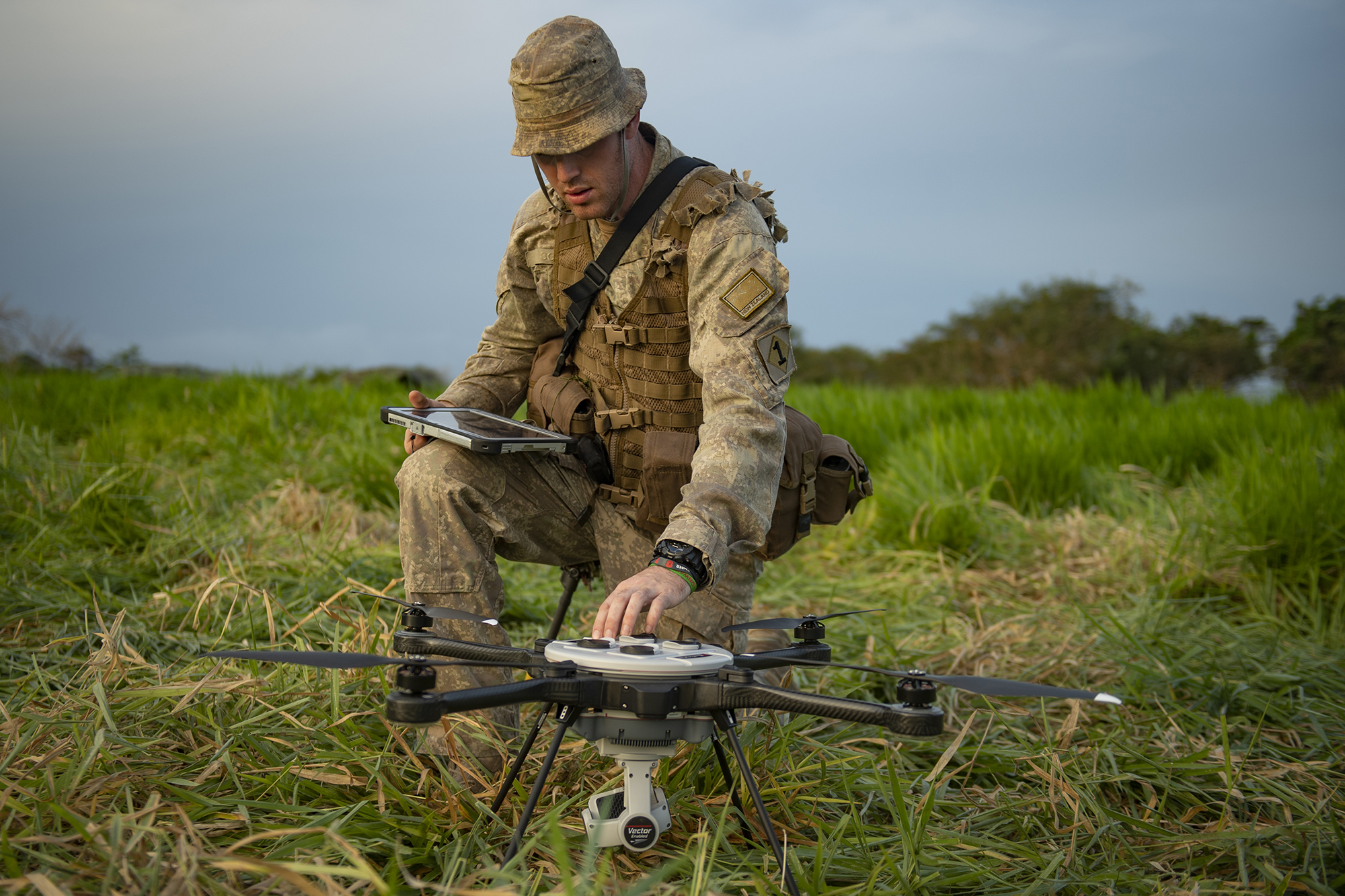 New Zealand Chief of Army Writing Competition Winner of the New Zealand Defence Force Civilian Writing Category: Slaughtering Sacred Cows – The NZ Army needs to get real about what it can and cannot do out to 2040

Slaughtering Sacred Cows – The NZ Army needs to get real about what it can and cannot do out to 2040.

It is now well into the 21st Century and the New Zealand Army is still clinging to the vestiges of the 20th Century in terms of its structure, capabilities and what it thinks it can do.  Not only is it stuck in the past structurally and in terms of its capabilities, it is also consistently undermanned and underfunded for that structure and those capabilities. It is simply trying to do too much. The army still seems to think it has 6000 or 7000 soldiers with the demands it places on itself, when the reality is that it has not been that size since the 1980s. Recent personnel numbers in the Regular Force hover around the 4500 mark[1].  It also has numerous capability gaps.  Gaps that would likely make it of limited use in a near peer conventional war in the years to 2040 if some of the recent conflicts provide an accurate glimpse at the potential character of future conventional engagements[2].  To be of real value and utility in 2040, a period of proper restructuring and refocusing is required.

The army has not deployed a large combined arms conventional force in anger against a near peer since World War II.  Its recent history is dominated by training / building partner capacity missions, peace keeping and Counter Insurgency (COIN) operations (often far beyond our own backyard of the South West Pacific), in addition to a variety of domestic and regional Humanitarian and Disaster Relief (HADR) operations. Because of the lack of political and public appetite to participate in conventional conflicts (where casualty rates can be high), a general degradation of army capability due to funding limitations and a gradual decrease in personnel numbers, the army is not trained, equipped nor experienced enough to participate meaningfully in a high end conventional war against a near peer military.   It is not ‘match fit’ and has too many capability gaps. The army is struggling to sustain its myriad of current capabilities (some of which cannot be regarded as modern), let alone work towards the aspiration of being a ‘modern, agile, highly adaptive light combat force[3].’

The recent conflict between Armenia and Azerbaijan has highlighted the importance of Unmanned Aerial Systems (UAS), Ground Based Air Defence (GBAD), precision loitering munitions and Counter UAS (C-UAS) capabilities[4].  The combined employment of these capabilities by Azerbaijan saw them obliterate Armenian armour, artillery and mounted infantry forces in relatively short order. The Armenians were completely ineffective. The New Zealand Army currently has none of these capabilities and even if it procured them all tomorrow, it would take years before they would be introduced into service and for army to be truly proficient in their use. So if the army is to be ready for 2040, fundamental change is needed now.

Some of the army’s capabilities are very hollow which is unsustainable, and for an army that has got so small, it has far too many capabilities.  For example, the amount of weapon systems the army has for its size is staggering. Having lots of capabilities does not make it a ‘jack of all trades’ if it is not genuinely proficient in any of them and can barely afford to sustain them all.

It is time to get real and for the army to realise what it can and cannot do given its numerous capability gaps and the lack of political and public appetite for New Zealand troops to be involved in the potential meat grinder of conventional war.  The New Zealand public and its politicians will probably only ever endorse deploying troops into a COIN type operation as the realistic ‘right of arc’ for the army on the spectrum of conflict. This reality gives the army the opportunity to re-shape and re-focus itself into a force that can provide meaningful, complementary, niche capabilities that are of value on modern operations and to our allies in the years to 2040.

As an example, 3 Commando Brigade in the British military is not too dissimilar to the New Zealand Army in terms of its size and structure.  It consists of three infantry based manoeuvre units with various supporting units such as logistics, engineers and artillery. But critically, 3 Commando Brigade is primarily trained and equipped to do just two things: amphibious operations and mountain / arctic warfare.  A similar focus is required for the New Zealand Army.  Given its likely operating areas domestically and within the region, almost by default one of the two tasks for the ‘new’ New Zealand Army is HADR.  The second could also be regarded as largely self-evident given the recent history of army deployments and the political realities:  COIN.  With a focus on HADR and COIN the army could divest itself of costly capabilities that are unlikely to be used in anger and focus on providing high quality and valuable niche capabilities.

It may be deemed that New Zealand needs to retain some forms of capability that would be useful in a near peer conventional conflict as part of obligations to allies. If this is the case then recent operations of all types have shown that good quality ISTAR is a constant demand[5]. So re-focusing the army to become more of a reconnaissance force, with a multitude of ISTAR capabilities could also be an attractive option[6].  16th Field Regiment could shift its focus from offensive support to predominantly providing surveillance and target acquisition outputs utilising longer range UAS and loitering munitions. The latter can provide much more range and precision than the current 105mm Light Gun and with reduced risk of collateral damage[7].  With its limited range and lack of precision, the 105mm Light Gun is a relic of the Cold War and would likely be of minimal use in a future conventional fight[8]. A shift to focus on ISTAR would likely see 16th Field Regiment become one of the most useful and in-demand units in the army, instead of a unit that has not deployed its key capability in anger in over 50 years.  Similarly, with NZLAV divested (the Bushmaster vehicle equipped with a Remote Weapon Station would provide adequate protected mobility for a COIN or ISTAR focussed army), QAMR could become a mounted reconnaissance unit utilising a proper reconnaissance vehicle with organic UAS and other sensors.  Likewise, the RNZIR with an ISTAR (or COIN) focus, would have a solid direction as to what its purpose is so it can train and equip itself accordingly, while divesting itself of some of the more expensive and complex weapon systems that it struggles to meaningfully sustain. Furthermore, many of our allies are ‘pivoting’ from a Middle East focus to an Indo-Pacific focus.  Army needs to do the same.  After all, that region is our back yard.

New Zealand and its lifestyle, culture and heritage creates the raw materials to build the best soldiers in the world: intelligent, fit and dedicated.  Our soldiers deserve to have a focus so that they can put all their efforts into being the best at it, while knowing that there is a good chance of actually being deployed to undertake that task. The army needs to honestly look at what it should be doing, stop spreading itself so thin and slaughter some of the sacred cows that should have been put out to pasture decades ago.  It needs to genuinely re-shape itself to reflect the political realities that exist within New Zealand. Realities that rightly or wrongly, are unlikely to change significantly, even when governments do. Enough of the window dressing, the papering over the cracks and the pretence that the army can do everything it used to do and more. That is simply shifting deckchairs on the Titanic while the army slips further and further behind in terms of getting the capabilities it needs in the future. A genuine reshaping of the army will not be easy and will have its critics, but the time is right for the army to give itself renewed focus and purpose as to how it will operate in the years to 2040, while reflecting the political realities of contemporary New Zealand.

7. Loitering munitions have ‘wave off’ features which reduces the risk of collateral damage.