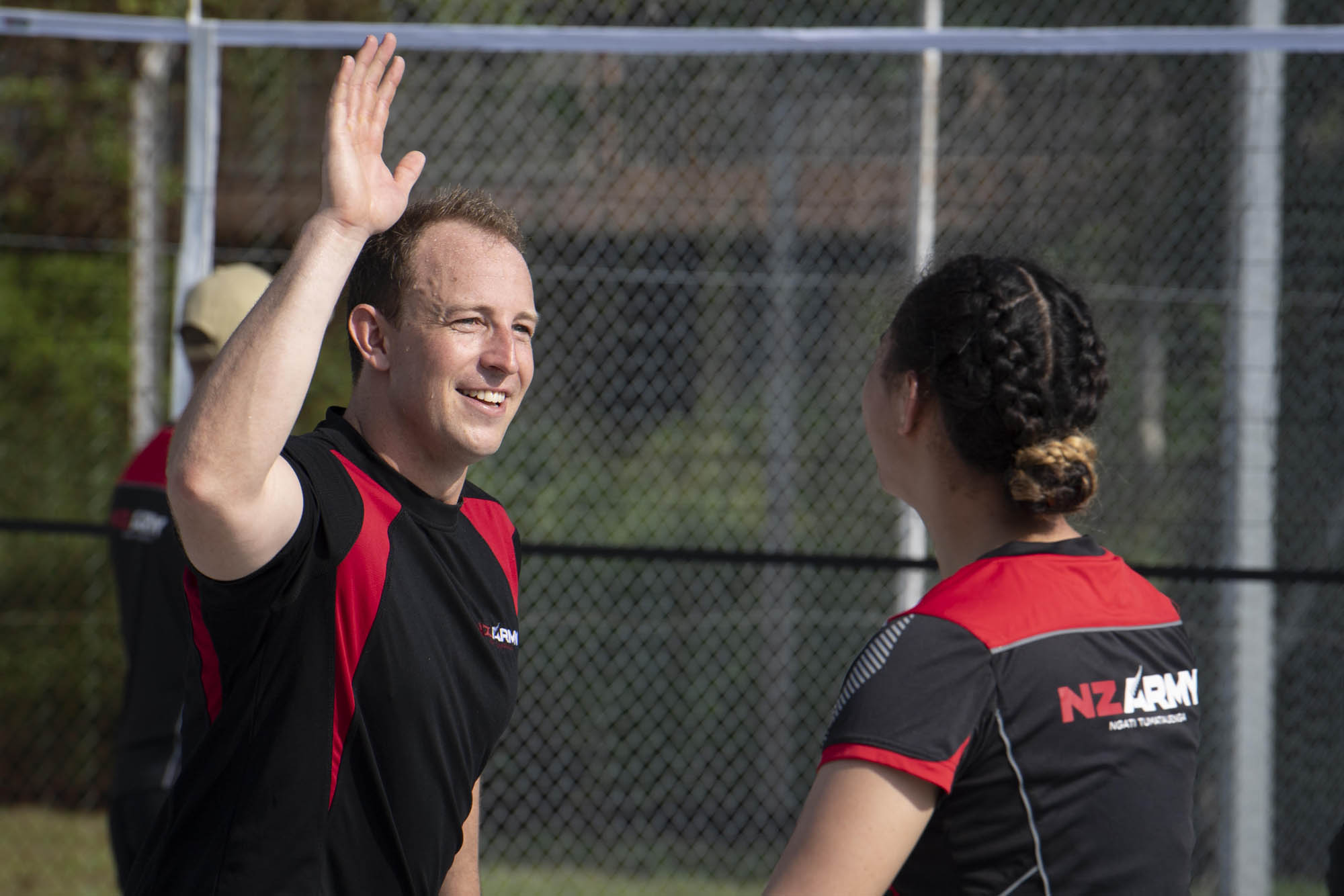 Dependent Holiday Leave as a Condition of Service

DEPENDENT HOLIDAY LEAVE AS A CONDITION OF SERVICE

As NZ experiences a period of high inflation and sharp wage growth, the public services are seeing an increasing gap between their salary offers and those of the private sector. Pay restraint is preventing the Army from increasing remuneration to keep up with the private sector and the widening gap between public and private sector wages creates a retention threat for Army. Although closing the wage gap is an essential component of a robust solution, the funding to do so is likely to be slow to materialise. In the interim Army must also examine the options for non-monetary conditions of service that will offset the wage gap and act as an inducement to remain in the service. This article explores a challenge in the lives of military parents, and presents a potential condition of service that would act as a relief to support their retention. It also describes the potential for benefits to the wider force.

Most people join the NZ Army in their teens or early 20s[1]. Many are attracted to the camaraderie, physicality and adventure that the service offers[2]. As people mature they are more likely to start a serious relationship, buy a house, or have children and the conditions of service that attracted them will diminish as useful retention levers, while financial well-being and work-life balance come to the fore.

For parents of school aged children an enduring challenge is how to provide care for their children during the frequent (and lengthy) school breaks[3][4]. In a calendar year there are three term breaks of two weeks each and a summer break of seven weeks, for a total of 13 weeks[5]. Within these 13 weeks about six days are statutory holidays, which don’t require holiday leave, but that still leaves 12 weeks of non-school time for kids. Soldiers have an annual entitlement to five weeks holiday leave per year[6], which obviously leaves them well short of covering all the time off their children have.

Imagine two working parents who didn’t have the support of family and were trying to minimise the cost of school holiday programs. If they both expended all of their holiday leave during the school holidays, and de-synced their leave so they were never off at the same time, they still wouldn’t have enough between them to cover all those weeks.

A proposed new condition of service.

Army could provide an attractive condition to its military parents by introducing a new leave entitlement to support them over the school holiday periods. This entitlement might be a maximum annual amount of 15 days and could work as follows:

The greatest and most obvious benefits will go to the military parent. They can take time off work to be with their children without using holiday leave. This allows them to save that holiday leave and put it to its intended purpose – an extended period of genuine respite[7]. For parents who would otherwise have used a school holiday program, the new entitlement would support them with the cost of living by removing a week of expense in each of the term breaks.

This leave may become a compelling advantage that Army offers over other prospective employers[8]. When a military parent eventually seeks a new job they will have to confront the unknown of how their life will change when they no longer have all this additional leave. Although other employers may offer more salary, the soldier will be acutely aware of the impact that leaving the NZDF would have on their work-life balance.

Another group of people who would benefit from the new condition of service are the civilian partners of military parents. Consider a working parent whose spouse is in the Army. Every school holidays their working schedule gets disrupted by the change in routine that the holidays demand. With the new entitlement the military member could take the lion’s share of the school holiday burden. It is a truism that we can only serve with the support of our families – the Pulse survey frequently asks us if our families support our service in the Army[9]. For many partners of soldiers the Army is a nuisance: frequent nights away from home disrupt family life and unsettle routines. This new entitlement would provide a mark in the opposite column; the spouses of military parents may come to value their partner’s service because of the way the Army supports their family. Collectively these advantages to the member and their partner would likely produce a positive retention effect.

A final beneficiary of this new entitlement would be the military community at large. Army has previously tried to designate periods of low-activity in the year to regulate tempo and indeed these were often programmed over school holidays[10]. However these were often ineffective, with school houses continuing to run courses and units conducting field exercises. A ‘use it or lose it’ leave entitlement would ‘up the ante’ for CIs and OCs organising such activities and more heed would be paid to the enforcing low activity during holiday periods. As a rhythm of fluctuating intensity embeds within Army, the wider community would reap the rewards of managed tempo.

The NZDF and the public service in general is operating in a financially constrained environment and meaningful increases to base pay are likely to be slow[11]. This entitlement would side step the financial constraints to immediately benefit a segment of our military population. Unlike other entitlements, this leave is unlikely to ever become viewed as ‘part of the baseline’ by those receiving it. Because most soldiers enlist before they have children, they will have experienced life without this condition of service. Within every unit there will be soldiers without children, so the conditional nature of the entitlement will always be apparent, therefore always appreciated. Finally parents will also see the older personnel in their unit, whose children have left home, lose their eligibility for the leave and know that the leave is not a generic entitlement, but rather a genuine attempt to alleviate a specific stress in their lives.

A recent personnel policy scoping project (PPSP) by DHR noted that genuine remuneration update would require a significant programme of work, probably initiated by the minister given the large expected personnel funding increases[12]. The timeframes are demoralizing: the programme was scoped at two years, and could not begin prior to the completion of the Defence Policy Review (ongoing) and a cabinet paper.  In contrast to the lengthy process for additional funds this proposal will cost NZDF nothing and could be implemented in time for the school holidays in April 2023.

Amendments to NZDF conditions of service often include a consultation with the Public Service Commission (PSC), because of the possibility for attractive conditions to find their way onto the negotiating table of other government or unionised workforces. This proposed Dependant Holiday Leave would be largely free from that externality: lesser workloads during school holidays is already a well-established perk of employment for teachers[13]. Army’s particular role in society as a contingency force makes us different from other government workforces which have a day-to-day output. Additional leave for service personnel would have no significant detrimental effect on service delivery.

[9] For the Pulse22 survey ~30% of respondents indicated that their families did not support their service.