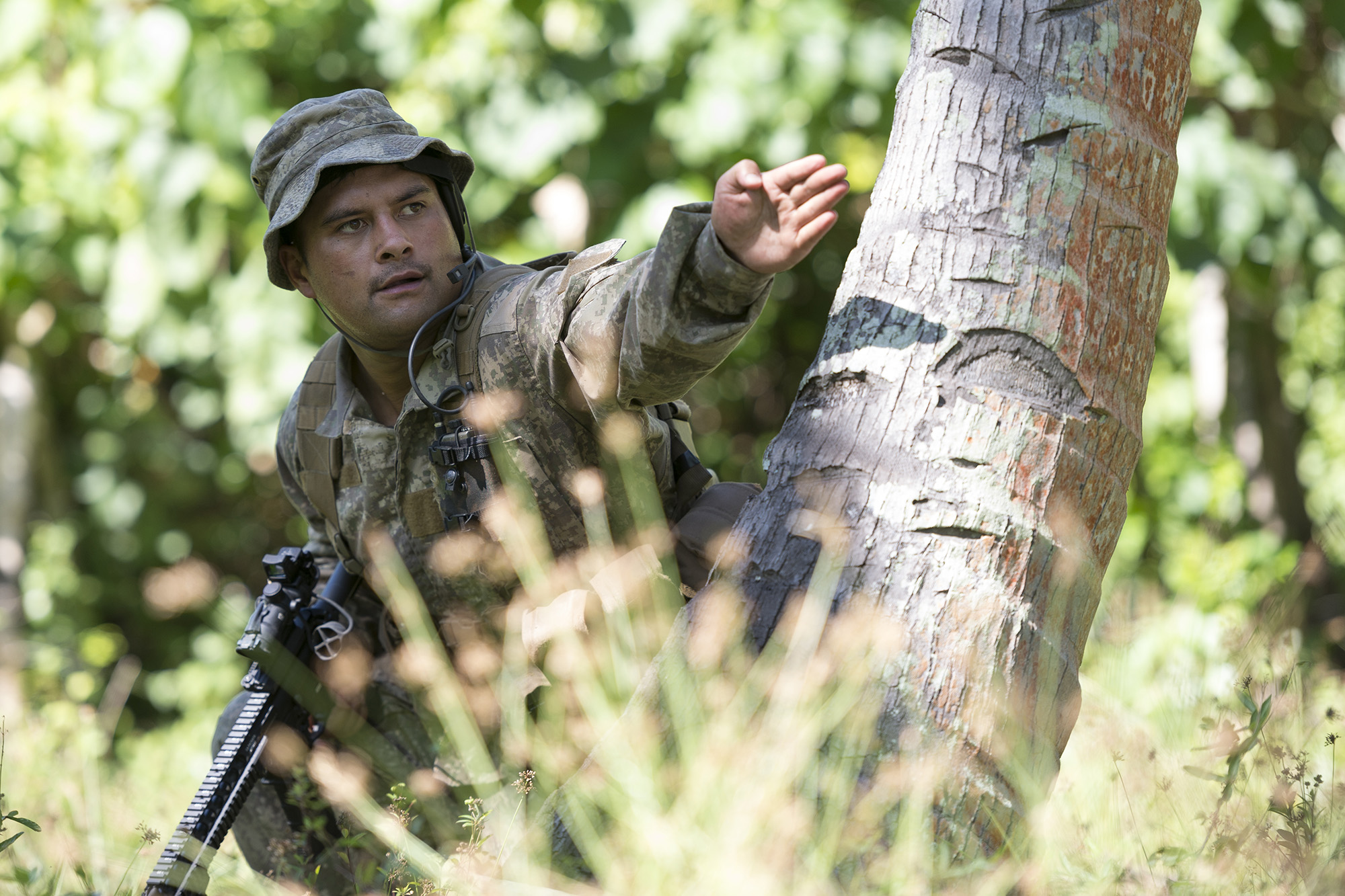 Changing with the World, Remaining a Valued Partner

To remain a valued coalition partner to 2040 and beyond the NZDF must undergo significant changes. Whilst these changes will be disruptive, the end result will see a force that is trained and equipped to deliver the outputs required by NZ Government. Tasks ranging from warfighting to humanitarian aid in the South West Pacific (SWP)[1] and support to civil power during emergencies, such as COVID-19 and the Christchurch earthquakes[2].

Force Re-organisation. The NZDF should re-organise into a fully integrated force, merging the single services. This is intended to streamline the organisation whilst retaining service specific experts in their respective fields. Command of the NZDF would be the responsibility of the CDF so the entirety of the NZDF has a singular command structure.

The endstate would see the NZDF become somewhat similar to 3 Commando Brigade (UK). All Air, Naval and Army units would be integrated into a single command structure with the organic capability to effectively project into the SWP[3] and South East Asia. With many of the NZDF’s key assets coming up to end of life[4], the acquisition of platforms suited for a Marine force operating primarily in the SWP is a timely opportunity that should not be overlooked[5].

Basic training will be amalgamated, increasing its length but resulting in a high standard of service person who can be employed on land and from a platform. Service personnel would then undergo trade specific training and be posted to their units upon completion.

Change on this scale would take longer than a decade to fully institute, with buy in at all levels from politicians to unit commanders and recruits required. Without this, the NZDF will likely see issues arise similar to those experienced by the Canadian Armed Forces following the passing of bill C-243 in 1967[6].

Task Focused. Given the size of the NZDF, we must be specific about the tasks we undertake and tailor our force accordingly. NZ lacks the resources to undertake operations on the scale of the USA or Australia, instead the NZDF can and should fill more niche roles within our partnerships. Not committing Manoeuvre forces during conflict is not an option; not having skin in the game would clearly signal that the NZDF expects our allies to put themselves into the fight when we will not.

NZ’s location in the SWP offers opportunity to become the Five Eye’s lead in jungle warfare and to be more active with our partners in the region. Furthermore, the jungle is an environment where significant technological overmatch is mitigated by the battlespace itself – accepting and working within the reality that the NZDF does not have the assets of our partners.

The NZDF would not abandon urban and open country operations, urban[7] in particular will remain a common environment for future operations[8]. This will instead see training for operations in the SWP as the main effort, whilst remaining capable of operating effectively in other environments.

A key area NZ can contribute strongly is in the Intelligence Warfighting Function (WFF), through both collection and analysis. Strong Intelligence contribution gives opportunity to draw the greatest effects from our smaller numbers within a coalition environment.

NZ lacks the number of personnel to act as the mainstay of the Manoeuvre WFF fighting a near peer adversary. As such we should be pragmatic and instead focus our manoeuvre power on suitable tasks; raiding and seizing limited objectives in preparation for follow on allied forces. This still allows for a significant contribution to a coalition, but makes best use of our smaller numbers and oft touted “number 8 wire” mentality.

Outside of conventional near peer conflicts, the NZDF can continue to contribute to Counter Insurgency, Stability and Support and Humanitarian Aid and Disaster Relief operations as we currently do. A fully integrated amphibious force is significantly better designed and trained to operate in the SWP, where emerging threats such as climate change[9] are a reality that will require a continued NZDF response[10].

Modernising Careers. Rank and career progression will also need to change. The full integration of the NZDF would see a single rank structure introduced for the entire organisation that is consistent with the NATO rank system and understandable by our civilian partners.

A second significant change would be the cessation of Direct Entry (DE) Officers. Whilst the NZDF has produced high quality generalist Officers for decades, the in service system dates back to a model where Soldiers were uneducated workingmen and Officers educated men drawn from the gentry. This system is no longer relevant to or suitable for New Zealand in 2020 and beyond.

All personnel enlisting would undergo the common basic training before undergoing trade training and subsequent employment. Once personnel qualify on their Junior Non-Commissioned Officer course, those with the strongest technical aptitude and interest in become SMEs would continue their career as an Other Rank (OR). Those with the greatest leadership aptitude and interest in the organisation’s strategic direction would commission as Officers.

The NZDF would still retain the command team construct, consisting of a leadership specialist (Officer) and a technical specialist (OR), as this is a proven model. Specialist Officers would remain the only DE Officers, given their unique skill sets. The result will be a less top heavy force which best employs the expertise and potential of all its personnel.

The argument that such a drastic reorganisation would erode traditions and morale has some merit but is far outweighed by the necessity to evolve and adapt. Reorganisation allows both for the creation of a common culture, geared towards operational effectiveness and the adoption of new traditions, whilst retaining those that add value. Whilst focusing on niche roles presents some risk, the NZDF does not have the resources to do everything.

We should look to optimise our strengths and continuing to deliver the outputs required by NZ Government whilst making meaningful contributions alongside our partners.