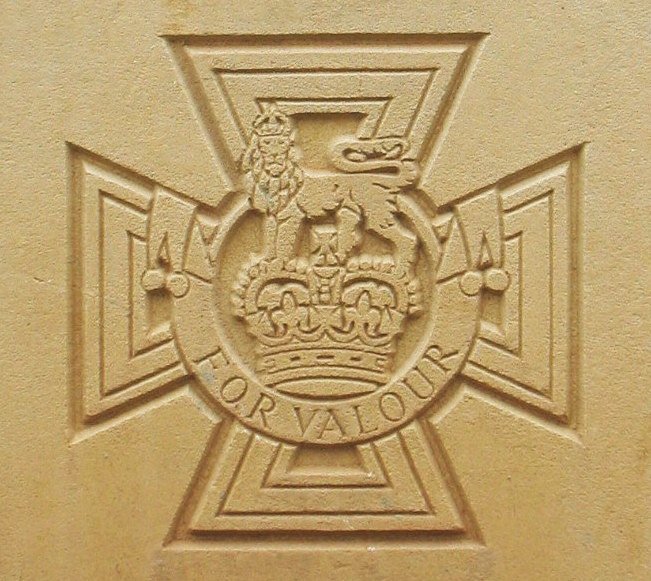 Searching for Charlie – in Pursuit of the Real Charles Upham VC & Bar: Written by Tom Scott

One of cartoonist Tom Scott’s life-long goals was to write a biography of his boyhood hero, Capt. Charles Hazlitt Upham VC & Bar, analysing and defining the essence of courage through this legendary New Zealander’s history. Scott tells you this much…as he writes himself into Upham’s story in a biography that is arguably more travel book than academic history. This stand outs not only as Scott repeatedly tries to trump Upham’s original biography, Mark of the Lion, by Ken Sanford, but in rambling pages with little direct link to the kiwi infantry officer.

At 365 pages, this book is about a hundred pages too long, and a more discerning editor – if there was one – would have crafted a very different voice. History buffs are titillated by Scott’s unique finds and facts. Though they will be let down by an entire absence of notes and unforgivably irrelevant tangents. Whether the author intended it or not, this is a simply nostalgic reflection on a babyboomer’s hero. This would be an excellent book for anyone born after the war, who wanted to retrace their father’s steps, or humanise a history we have perhaps made too stoic and honourable in our retelling. Scott quite accurately notes how New Zealand soldiers became harder and less decent fighters in the Italian campaign or in holding Trieste against the Yugoslavs. 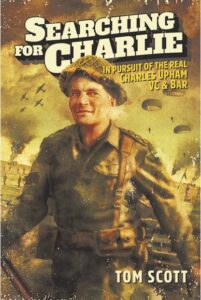 Scott committed three years to this book, travelling in the New Zealand Expeditionary Force’s footsteps through Greece and North Africa, before parting ways with the NZEF to follow Upham’s route through Italian and Nazi POW camps. The original information collected from people who knew Upham, has the bones and thoroughness Michael King would have said was ‘a proper historian’s work.’ Alas, these great morsels – like noting Prime Minister Michael Joseph Savage apologised to Hitler and Mussolini for his minister for Public Works, the Hon. Robert Semple MP calling them ‘mad dogs,’ – are never quite pulled into an engaging history.

This excellent research is marred by Scott inserting himself into the story. More than one his nose-bleeds are written in – in one instance distracting the history for three pages. Stories of his interactions with Cretans, Egyptians, and Germans offer little depth to the history he is exploring. Pictures of the author at the Sphinx and the Italian War Memorial on the Alamein Coast are indulgent and irrelevant – as are the several references to Scott’s difficulties with rental vehicles.

This issue portends a greater problem in the author’s chronological narrative: he does not allow his thorough research to undermine his hero worship of Upham. If anything he spends more time comparing himself to Upham than considering some of the flaws that drove the latter’s courage. The book could have looked more into his impulsiveness and recklessness as drawn perhaps from his privileged upbringing and attendance at Christ’s College. Instead, the author suggests he has comparable (if whimsical) experience to Upham after being voluntarily locked into a Colditz Castle library for forty minutes. Scott decries Upham for not announcing his VC with a slide show and the boast a “second is as good as in the bag,” on arrival to the renowned POW facility. Where Scott’s tone suggests he’s retelling a well-used story at a cocktail function, in fact he simply reveals his lack of comprehension of New Zealand soldiers’ intense sense of privacy and unrelenting humility. These two factors which have arguably shaped New Zealand society from Tall Poppy Syndrome to our high male suicide rate.

The book also misses, as it turns exquisite descriptions of sad East German towns and the author’s satchel, a look into two key aspects. The research reveals Upham’s profound loyalty to Lieutenant General Bernard Freyberg VC and Major General Howard Kippenberger. It doesn’t dig deeper on how these two senior officers had such a hold on this subaltern’s loyalty. The same is not true of all WWII veterans. Had Scott opted for thematic analysis over chronological storytelling, he would no doubt have found that the portraits of the leaders above and below Upham gave away his admiration for others who could inspire – whether general or non-commissioned officer.

Analysing which aspects of Freyberg’s and Kippenberger’s leadership so commanded Upham’s unwavering loyalty well into his civilian life would have given us insight into what fuelled his courage. Especially with objective realities like Kippenberger wisely choosing to leave Upham out of battle, as he psychologically reset after hard fighting in North Africa. Scott starts down this track earlier in the book by dissecting Dr Charles Upham’s character, an uncle to our war hero, who seems to have profoundly affected the soldier. The ‘Little Doctor’s’ late turn to God, unrelenting piety, and aggressive charity easily explain Upham’s lesser acts, like gifting his watch to another wounded prisoner or his early and vocal disdain for Fascism and Nazism.

The second aspect the book had all the research ingredients for were Upham’s tactics. Mark of the Lion relied on the first-hand account from witnesses to Upham’s successes. Few at the time would have criticised the only combat recipient of two Victoria Crosses. In reality, however, Scott writes with beautiful detail about how Upham would use his entire platoon as a support-by-fire line as he acted as the sole member of an assault group. Any tactics instructor would have failed such thinly thought plans that often relied on the command element leading the way. Where some see this as bravery, one wonders about the quiet courage command teams have to exert in not pinching all the glory for themselves at the risk of decapitating a fighting unit. Most riflemen are not privy to the golden threat of logic that sews together the commanders’ intents from Auchinleck or Montgomery through Freyberg and Kippenberger, to Upham’s instructions of where and how to advance.

Searching For Charlie is a lovely travel book full of 20th Century and New Zealand nostalgia, ideal for an older generation’s summer reading. As an accurate history, however, the detours to the author’s experiences are unbearable, a few repetitions annoying, and some inaccuracies – like a Kippenberger perhaps addressing his Regimental Sergeant Major as ‘Sergeant Major,’ – undermine the author’s immense amount of work. Deferentially minded readers may be irked by Tom Scott’s assumption he would have been in the inner circle of friends Upham allowed to call him, “Charlie.” His assumed familiarity with Upham undermines the objectivity he claims to desire in writing a history of the great New Zealander.

There is little doubt Tom Scott fulfilled his boyhood dreams of reliving some of Upham’s experiences. He has probably also now used up all his dinner-party stories, quips, and turns-of-phrase in one underwhelming tome.