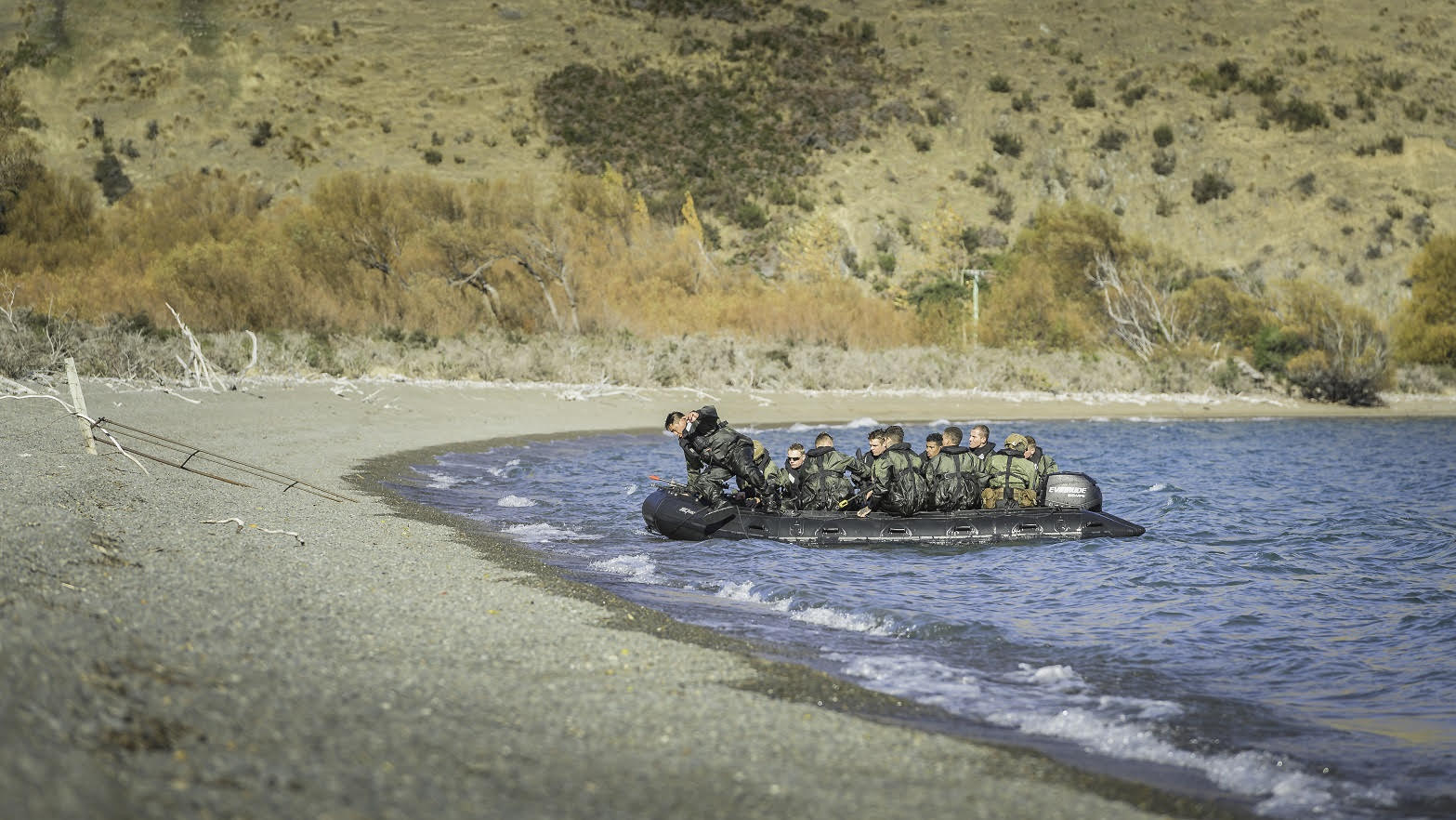 A Future Force for the Pacific

2040 will see the culmination of a slow transition away from the post-Cold War mindset in the NZ Army that has proved so hard to shift. A focus on the Pacific will be embedded in how the NZ Army is structured, operates and deploys.

That the NZ Army is somehow equivalent to 3 (Cdo) Bde or a USMC MEU will finally have been squashed.

Instead of trying to be all things to all stakeholders all of the time the Army will have cut its cloth accordingly and be a force for the Pacific.

So what will this mean?

With the RNZN and RNZAF taking the lion’s share of the defence budget as they deliver on critical big ticket strategic platforms and ISR priorities, the Army will have to innovate in order to remain relevant.

First and foremost an expeditionary mindset and organisation. If it can’t fit in HMNZS Canterbury or the Future Multi Role Vessel then it isn’t going. No longer can the NZ Army rely on other nations to fill gaps in order to deploy in its own area of operations.

The transformation from a ‘decaying carcass of a division’ to a critical force for the Pacific will inevitably be slow but the benefits will be numerous.

Transition to operating in the ‘urban littoral’- a focus on the low lying population centres of Pacific Island Countries will see profound changes.

From an organisational perspective greater complexity will see the requirement to really change the organisation of the NZ Army. Counterintuitively, due to the complexity of the COE, a smaller force will actually need additional more C2.

1 (NZ) Bde – which has always ever only been a brigade in name only – will clearly reposition itself as delivering the raise, train and sustain functions combined with being the civil defence support lead Army agency..

Emerging from this will be a new NZ Battlegroup, totally separate from 1 (NZ) Bde and commanded by HQDJIATF. This will be supported by effects troops in the form of permanent CIMIC and IO units to support the non-kinetic battlespace.

A HQ is nothing without its components and the NZ Battlegroup will command a tranche of ‘new’ units physically removed from the 1 (NZ) Bde ORBAT.

RNZIR will be required to deliver three company groups augmented by specialist TF on demand. Looking for inspiration from the Caribbean-based units of the Dutch Korps Marinier will be a far better fit for this future expeditionary force.

16 Field Regiment’s obsolete Light Guns will be long gone replaced by loitering  munitions, smart mortars and the ability to act as fires ‘brokers’ in a multinational environment.

With MHOVs being too big and damaging RNZALR will operate a new fleet of smaller logistics vehicles will introduced into service, marinised (as all NZ Army vehicles will be) and more suited to PIC road networks.

1 (NZ) Bde will focus on the raise, train and sustain functions. Provide individuals (TF and RF) on demand to the NZ Battlegroup and lead on Civil Defence support to GoNZ.

By 2040 the concept of supporting the NZ Realm will be significantly enhanced with the establishment of a permanent NZDF presence on Rarotonga.

This HADR support hub will also include an RF Army support element, further enhanced with the formation of the Army Reserve Rarotonga Field Troop RNZE following an agreement between the New Zealand and Cook Islands governments.

In New Zealand, Linton will remain the hub of the Army with Burnham a critical spoke, especially for South Island civil defence.

However, following a ground breaking agreement, permanent training facilities will be developed in Northland. These will deliver more appropriate training environments and climates for operations in the Pacific, together with easy access to valuable cultural support from the Auckland based Pasifika diaspora as the Army leverages the untapped potential from the largest Polynesian city in the world.

This will enable CULADs to significantly improve the cultural competency of NZ Army personnel in a more professional, structured and less ad hoc manner.

As the C2 hub of the NZDF, Trentham will see construction of a rudimentary Combined Arms Tactical Trainer to increase the availability of virtual training opportunities for command staff.

By 2040, Realm nations and Polynesia will have become totally embedded in thinking and planning. The endstate will be far more akin to an Employment Context 1.5 than previously envisaged.

The Army Training Team will be constantly active across the region. Led by a command cadre at Trentham, it will constantly change and reform, taking SMEs from across the Army, and training them in effective and culturally appropriate ways to instruct PIC forces, before deploying them in areas that meet the specific needs of host nations whilst at the same time benefiting the NZ Army to build strong peer to peer relations.

The NZ Army will be seen as a force committed to supporting rules-based order across the Pacific. An organisation transformed to be able to deploy in the ‘urban littoral’, with deep, professional cultural competency and effective professional links across PIC forces.

Truly a force for good in the Pacific.