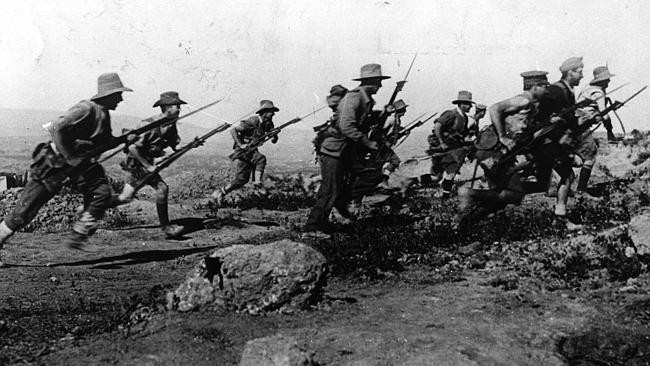 Gallipoli is the mise en scène of Transcendence. The profession of arms is protagonist, Sergeant Berenger’s raison d’être: an uncompromising professional soldier, guided by nihilistic cynicism. Serving with the 10th South Australian Bn in the composite 3rd Australian Infantry Brigade, Sgt Berenger believes the Gallipoli offensive will be a forlorn hope in a campaign which, the Triple Entente are destined to lose.

Captured by the Turks on the first day, 25th April 1915, Sgt Berenger is thrown into prison in the dungeon of Fort Kilitbahir at the Narrows on the eastern side of the Gallipoli peninsula. His dedication to a Spartan version of professional soldiering is undone when his quartermaster, Staff Sergeant Mackintosh joins him as a prisoner of war. 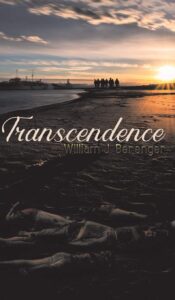 Aboard the Ionian, en route to Ari Burnu, Berenger menacingly deceives Mackintosh into relinquishing his rounds to Lieutenant Faber’s platoon. Mackintosh realising Faber’s platoon were amongst the first ashore, resentfully relinquishes his rounds to Berenger. Wading ashore towards the Sphinx, unprotected, without rounds for his rifle, Mackintosh slumps to his knees after being shot on the beach. His wound would eventually cause his death. Despite Berenger’s best efforts, Mackintosh dies in the dungeon at Fort Kilitbahir. Mackintosh’s death drives Berenger to closely re-examine his values.

Compassionate Mehmet, the adoptive father of Berenger’s nemesis, Sergeant, (then Corporal and eventually demoted to Private), Tolga owns a small bookstall in the Grand Bazaar in Constantinople: “…beneath the shutters, two cushions congenially sat either side of a low round table, which had seen many cups of Turkish coffee; the residue of circles upon circles of coffee stains, quietly revealing the approximate number if not the nature of the discussions, which had been held around it.

Mehmet’s life has been dedicated a search for God. The search has proved unsuccessful: “Mehmet had been a Mevlevi acolyte. Intensely desiring a personal relationship with Allah, he learnt to perform the intricate sequence of dervish steps to achieve religious ecstasy. Raising his hands in submission, one hand palm-up, one hand palm-down, his head inclined, his expression serene, Mehmet entered a swirling state: the white gown, black cloak, the tall brown sikke, balanced on his head, all symbols of mortality. From the rhythmic circular rotations and the centrifugal forces, Mehmet felt his soul leave his body.

In his trance, Mehmet searched for Allah. Sometimes he sensed Allah’s presence and sometimes he did not. Unable to abandon his desires, Allah was always beyond Mehmet’s grasp. When finally, Mehmet had ascended to where even the stars and galaxies disappeared, all that was left was a cold, dark emptiness. Mehmet experienced bliss in achieving this state; but as he eventually learned, the blissful state, however long, was always finite and never blissful at either end of his spiritual journey. Mehmet always felt having descended back into his body, a deep loneliness and disappointment pervade his consciousness until he awoke amongst friends, holding him steady by the arm.”

However, Mehmet’s endless empathy for his adopted son is eventually rewarded by the damaged Tolga beating him to death. Decamping into pre-World War 1 Constantinople and the army of the Ottoman empire, Tolga descends into depravity, which knows no bounds. Meeting Berenger on 19 May 1915, during the Ottoman counter-offensive, the engagement of blood and steel is one where there is only one survivor.

Transcendence is a salutary lesson in favour of a moral compass for commanders at every level. Where moral guidance is both intrinsic and learned, an empathetic approach should always be considered in the decision-making process. At $NZ5.99 on Kindle, Transcendence is an exciting read, with a didactic message.